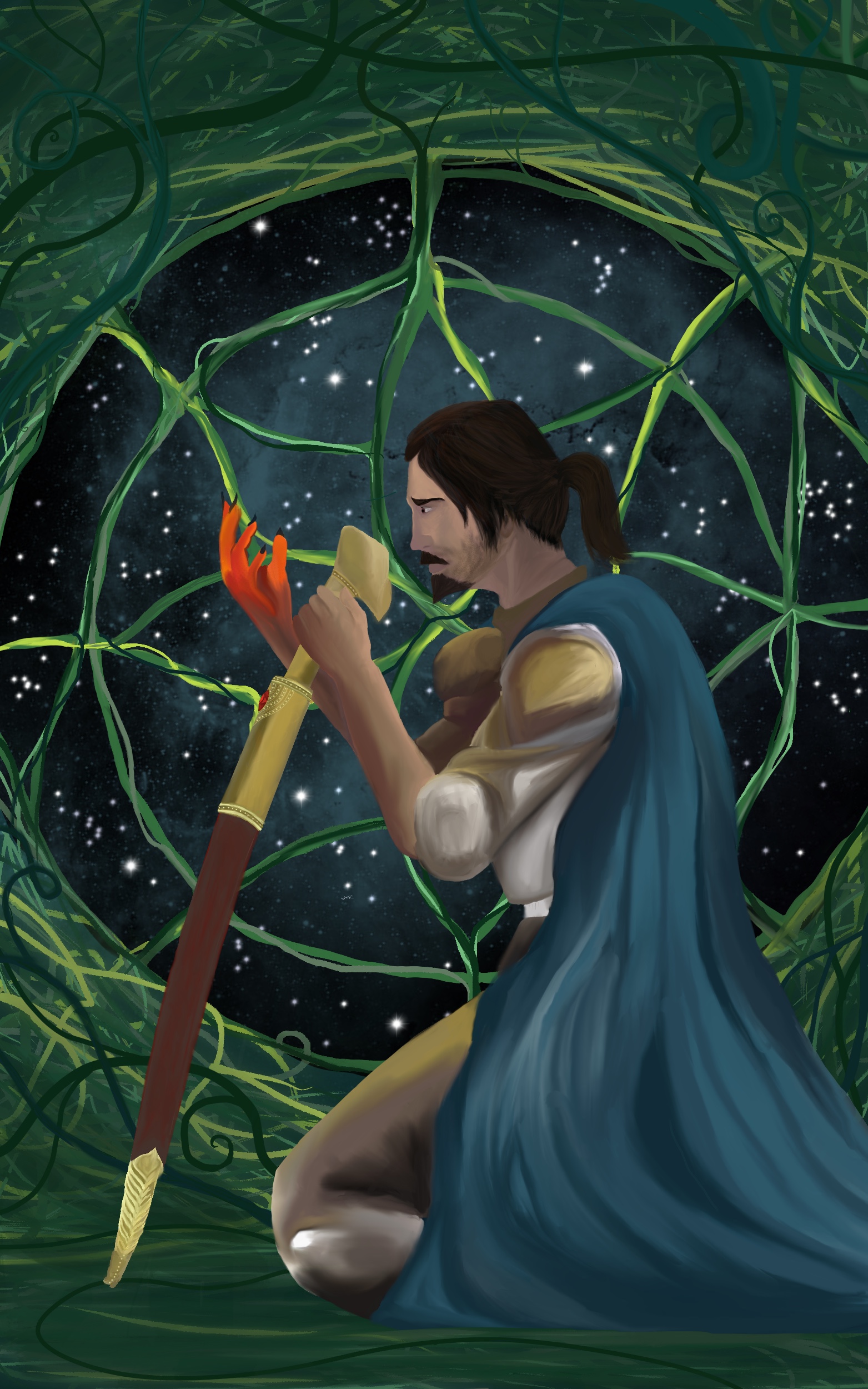 I was a fan of Ann Margaret Lewis before I even knew who she was. My brother and I grew up reading her Star Wars The Essential Guide to Alien Species until all the pages fell out and had to be stacked back into the peeling cover. Then I found her Sherlock Holmes pastiche, Vatican Mysteries and The Watson Chronicles, which were a delight. But when I heard Lewis was coming out with her own original Space Opera I think my fan-geek squeals were heard around the world, not in the least because she also had some elements of Biopunk / Solarpunk in her worldbuilding. That book was Warrior of Kizan.

I was really taken with her world full of bio-engineered ships and a culture based on ancient Sumeria and I found myself doodling this lil portrait of one of the main characters. It’s set on one of the bio-ships and catches this moment where one of the main character’s, Dakhar, is contemplating the potential that he might be turning into a monster. This isn’t an exact scene from the book, more of a character sketch. For one thing, I think the armor they have on Dakhar’s planet is much more high-tech than the old world suit of armor I have him in here, but I’m tired of this trend of futuristic-warriors that are just wearing black padded leotards. (The Thor marvel movies for example aren’t my favorite but I have zero issues with the costuming.) Unfortunately I don’t think I captured the Sumerian influence very well but as a basic character sketch I suppose it will have to do.

I published a full review of Warrior of Kizan Here.

What do I mean by Solarpunk? Solarpunk is a subgenre of scifi that is VERY new. It only became a category on Amazon a few short years ago. If you want to find out about what Solarpunk is you can do so here.